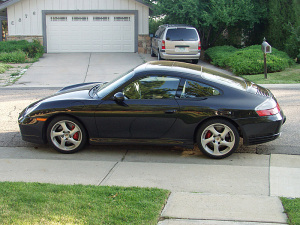 I've noticed that "Dead Battery Locked Hood 996" is an ever-increasingly popular Porsche Tech Q&A search. For that reason I've provided detailed instructions in 12 steps on unlocking the lidsand jumping the battery with easy to understand pictures to solve this modern Porsche Carrera driver's dilemma. I believe this applies at least to all 996 911s & Boxsters manufactured 2001, 2002, 2003and 2004.

Please make sure to read through the comments as there have been updates since this was originally published.

It's inevitable. Like all cars I know, eventually your battery is going to fail. Chances are pretty good that it's going to fail with the doors locked and your Owner's Manual inside the glove box. Chances are also pretty good that the Porsche designers responsible for engineering the luggage compartment lid (aka "Boot") electronic release were oblivious to this eventuality. Seriously, if the battery is dead how good is a electronic release going to be to get battery access. Luckily, they did engineer a way around the problem but it is slightly complicated ("...the lids can only be opened with the aid of a donor battery," meaning, you must jump your 996 in order to get into the trunks so that you can jump start your 996) and the Owner's Manual on the subject is somewhat confusing (besides it's locked in your glovebox). 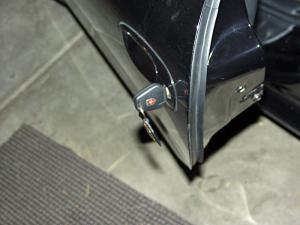 Step 1: Unlock your car using the manual door lock, and leave the key in the door. Be aware that your 996 key is programmed to enter into a remote-control battery saving Standby Mode after five consecutive days of inactivity. To many, this will be confused with having a dead car battery because none of the remotes will unlock the car. In either case, unlock your car using the manual door lock keyhole on the door. If you see lights inside then your issue was the remote-control battery saving Standby Mode. If so, press the key button on your remote to reactivate the remote. You are now good to go. If you don't see any lights on the inside you in fact probably have a dead battery. 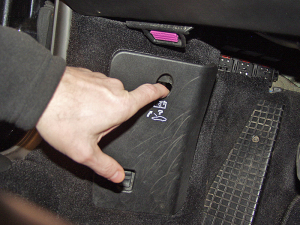 Step 2: With the key still left in the door, remove the plastic cover over the fuse box in the driver's side foot-well. 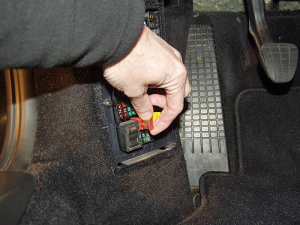 Step 3: Pull out the positive terminal in the lower left of the fuse box (next to the manual rear spoiler rocker switch). 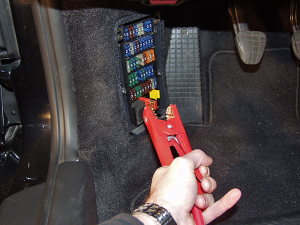 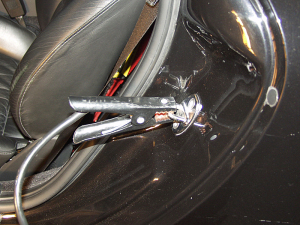 Step 5: Note: the alarm will sound when you attach the negative black clamp of your jumper cable coming from your booster battery to the exposed door latch striker. Turn the alarm off by locking and unlocking the car at the door lock. 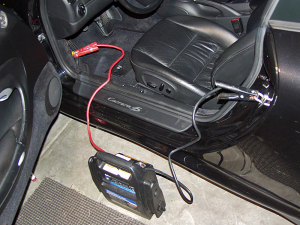 (Note: I found this handy battery jumper at Costco for about $60.) 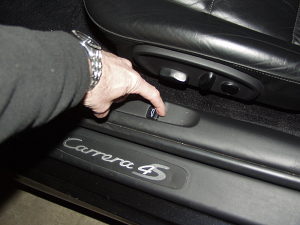 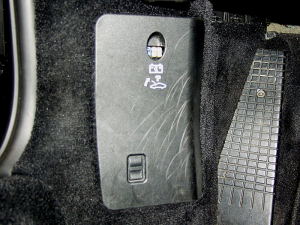 Step 8: Push the positive terminal back into the fuse box and replace the fuse box cover. Turn off all accessories such as stereo, wipers, headlights, etc, move the gear shift into neutral position and set the parking brake before attempting to jump start your 911. 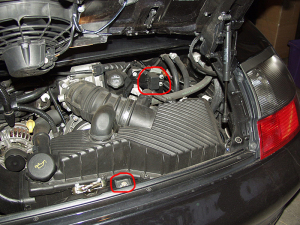 Update 11/1/10: I discovered that most auxillary jumpers (like the pictured) do not have enough energy to turn over a 911. You best bet is to get a jump from another vehicle as described. 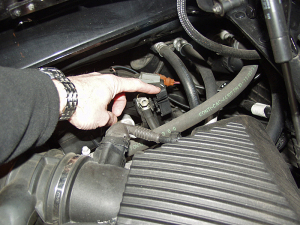 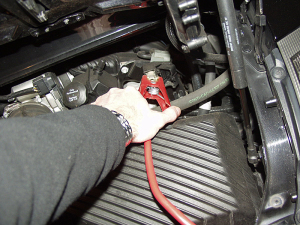 If you are using another car's battery as a booster, now attach the positive red clamp to the positive terminal on the booster battery. 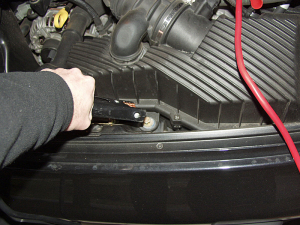 Attach the negative black cable first to the booster battery and then to the negative terminal in the Porsche engine compartment. 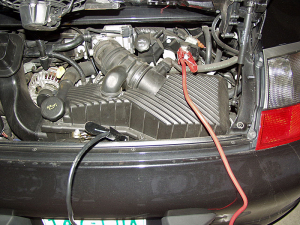 Step 11: Run the engine of the booster car at a higher RPM and start your engine. Any attempts to start your car should not last more than 15 seconds with a waiting period of one minute between attempts.

Step 12: With the engine running, disconnect both jumper cables from both cars in reverse order.

If jump-starting the car did not resolve your problem then you'll probably need to replace the battery which is located in the Porsche's front luggage compartment by now you have access to your Owner's Manual for complete instructions on replacing your 996 battery (see page 218 of 911 model year 2003's manual).

See you down the road.